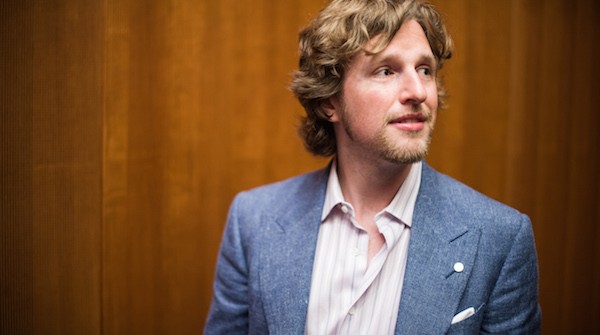 You know about Mark Zuckerberg (Facebook) and Jack Dorsey (Twitter). But what about the guy who’s in charge of the platform that powers “18.9% of the top 10 million websites”?

That would be Matt Mullenweg, the 29-year-old at the heart of WordPress. With 60 million websites built with WordPress (including this one), it is by far the most popular blogging platform in the world.

From the beginning, Mullenweg has done business differently:  WordPress was open-sourced , which means that the code was free to be developed by anybody who wanted to contribute. Mullenweg is also a vocal advocate of distributed work and 130 of Automattic’s 150 employees work outside of their San Francisco headquarters.

Let’s dig in and find out who Matt Mullenweg is, with an eye for learning from his innovative business strategies, productive work habits, and his best quotes.

Who is Matthew Mullenweg?

Mullenweg would have never started WordPress if another platform hadn’t disappeared overnight. Back in 2003, Mullenweg was a teenager volunteering some of his time coding for B2/cafelog — an open source blogging platform that was employed on about 2,000 blogs [wikipedia].

One day the leader developer disappeared, leaving Mullenweg and the rest of the volunteer programmers without a project. Matt decided to step up to fill the void. He wrote a blog post to the community, rallying them to join him in starting a new open source blogging platform. Mike Little commented on the post, “You serious about this? Let’s work on it together.” The two had never met. Mike was in the UK and Matt was in Houston, Texas. But the partnership worked. “We just started collaborating over the Internet,” Mullenweg explained. WordPress was born.

#2  Seek to Better Understand Your Users

“It’s my responsibility to meet as many users as possible and direct the software project in a way that reflects their interests. Last year, I probably met 2,000 or 3,000 people who make their living from WordPress.”

Knowing your end user is the first step to being able to give them what they want. Mullenweg is one of most well-informed founders in the world when it comes to understanding his audience. His robust travel schedule brings him to scores of WordPress conferences every year.

“If you’re building a startup or any sort of organization, take a few moments to reflect on the qualities that the people you most enjoy working with embody and the user experience of new people joining your organization, from the offer letter to their first day.”

Matt Mullenweg, from ‘Why Your Company Should Have a Creed’

According to Mullenweg, a creed is “basically a statement of things important to us, written in the first person.” And Matt’s such a big believer in creeds and their influence on company culture that he’s put Automattic’s creed above the signature on every new employee’s contract. He described the move as “an easy change that had a big impact on the company.”

In case you’re curious, I’ve included the entire Automattic creed at the bottom of the page.

Matt is a mild-mannered Texas native, but his ambition is anything but mild. When asked how he felt about his platform serving 17% of the web, he said, “I obsess over that other 83% of the web that we don’t have yet.” Matt said in an interview, “There’s a much longer road ahead of us than what we’ve done so far.”

#5  Eat, Breathe, and Sleep Your Business

“WordPress is a part of who I am. Like eating, breathing, music, I can’t not work on WordPress.”

We work best on the projects that are aligned with the core of who we are. That’s what Mullenweg has with WordPress. He has said, “I go to sleep and I wake up thinking about WordPress,” and “I consider myself very lucky to be able to work on something I love so much.”

Back in June 2009, Matthew Mullenweg told Liz Welch about his day-to-day habits running WordPress in a piece called, “The Way I Work.” The next ten productivity tips have been culled from Mullenberg’s account of his highly-effective work habits.

Waking with the daylight instead of to a screeching alarm helps you go to work with a calm and focused mind. It’s also linked to higher blood pressure (ABC News, 2011)

Mullenweg says he tries to “avoid alarm clocks as much as possible.”

#2 Have an Unplugged Morning

Mullenweg told Inc. that one of us his goals was “to avoid looking at the computer or checking email for at least an hour after I wake up.” Starting your day unplugged gives you time for reflection and calm at the beginning of your day.

To many, caffeine is a prerequisite for productivity. Not for Mullenweg. “I’ve got enough stimulating things in my life already,” he says.

Going without caffeine has been linked to increased calmness, less anxiety, and better sleep. But I must confess, I took a sip of green tea before writing this sentence.

Mullenweg has noticed that he’s more productive at particular times of the day. Matt has said, “I do my best stuff midmorning and superlate at night. Even though midmorning is prime working time, Matt doesn’t do meetings in the mornings. “The earliest I’ll do a meeting is 11 am,” he told Inc.

Everybody has times of the day (or night) during which they can be particularly productive. Try to make sure you’re working during the times when you do your best work.

Mullenweg on flow:  “When you’re coding, you really have to be in the zone… if you are taken out of the flow, if that little toaster pops up that says you’ve got mail – and you look at it, you’ve lost it.”

To me, being in a state of ‘flow’ means being totally immersed in the task at hand. When I’m flowing – whether I’m writing, editing a video, or making music – I find that my work comes easily, happily, and inspired.

You can increase your chances of achieving flow by turning off your cell phone and your computer’s Internet connection. One of Mullenweg’s methods is listening to music.

#6 Music is a Focus Tool

“Music helps me when I’m coding… I’ll listen to a single song, over and over on repeat, like a hundred times.”

Matthew Mullenweg, The Way I Work

A couple years ago, I recommended adopting Rescue Time as a great New Years resolution for entrepreneurs.

Turns out Mullenweg is also a big fan of the productivity app. He called Rescue Time, “one of my favorite programs that I didn’t make.”

#8 Cut Back on Email

Reports suggest that the average office worker spends a quarter of their day in their inbox (about two and a half hours). Mullenweg has made a concerted effort to avoid the great email time-suck:

“I realized that even though I was doing e-mail only a couple of minutes at at time, it was adding up to a couple of hours a day. So I’m trying to reduce that.”

“In my home office, I have two large, 30-inch computer monitors — a Mac and a PC. They share the same mouse and keyboard, so I can type or copy and paste between them. I’ll typically do Web stuff on the Mac and e-mail and chat stuff on the PC. I also have a laptop, which I have with me all the time, whether I’m going overseas or to the doctor’s office.”

Matt Mullenweg, The Way I Work

Notice the way that Matt talks about his various digital tools: each one has different responsibilities and roles. If you can afford it, try boosting productivity by using specific devices for specific tasks.

Sometimes the key to productivity is setting things up so that they require less work. That’s how Mullenweg has turned management into something that takes very little time out of his workweek.

“My management strategy is to find extremely self-motivated and talented people and then let them go.” Mullenweg explained.

Note:  for more, see our list of 7 Surprising Productivity Tips for Self-Employed Entrepreneurs

#10  “If you’re not embarrassed when you ship your first version, you waited too long.”

#9 “I don’t have big ideas. I sometimes I have small ideas, which seem to work out.”

#8 “Technology is best when it brings people together.”

#7 “As the web becomes more and more of a part of our everyday lives, it would be a horrible tragedy if it was looked up inside of companies and proprietary software.”

#6 “Do what you love and don’t focus on the money. Life is too short.”

#5 “For me, it always comes back to the blogger, the author, the designer, the developer. You build software for that core individual person, and then smart organizations adopt it and dumb organizations die.”

#3  “My own personal dream is that a majority of the web runs on open source software.”

#2  “I am an optimist, and I believe that people are inherently good and that if you give everyone a voice and freedom of expression, the truth and the good will outweigh the bad. So, on the whole, I think the power that online distribution confers is a positive thing for society. Online we can act as a fifth estate.”

#1  “We are much better at writing code than haikus.”

I will never stop learning. I won’t just work on things that are assigned to me. I know there’s no such thing as a status quo. I will build our business sustainably through passionate and loyal customers. I will never pass up an opportunity to help out a colleague, and I’ll remember the days before I knew everything. I am more motivated by impact than money, and I know that Open Source is one of the most powerful ideas of our generation. I will communicate as much as possible, because it’s the oxygen of a distributed company. I am in a marathon, not a sprint, and no matter how far away the goal is, the only way to get there is by putting one foot in front of another every day. Given time, there is no problem that’s insurmountable.

This is a robust set of values that lays out not just how to be a good employee at Automattic, but how to build a successful business or achieve any great goal. I hope that you’ve found these lessons, productivity tips, and quotes from Mullenweg instructive and inspirational.

If you like learning from the founders of the top Internet startups, you may enjoy our 21 Lessons from the Life of Steve Jobs.