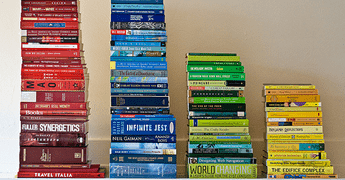 Last year Nick Scheidies and I published a book through a small publisher titled, What it Takes to Make More Money than Your Parents.

As a writer, I’m naturally curious about the publishing industry. Since we published that first book, I’ve talked with three other publishers and dozens of authors. I’ve learned a lot about publishing a book, including a few dirty little secrets.

#1 Publishers Look for Audiences not Authors

When publishers look for new authors, the number one thing they’re looking for is somebody with an audience.

Publishers don’t dump a lot of money into marketing a book unless it’s already selling. Whether or not the book sells is dependent upon the author’s ability to sell it.

If you want to get published but don’t have an audience, the best thing you can do is start blogging. It’ll build your audience and validate whether or not you’re a good writer.

I used to struggle with the fact that most big-time authors don’t write their own books.  It seems sleazy, but it’s not. Here’s why:

Oftentimes, a ghost writer can write and communicate those ideas better than the author, which results in a higher-quality book.

#3 Know How to Sell It Before You Write It

Just like with any product, you need to know how to sell it before you create it. Thomas Edison:

“I never perfected an invention that I did not think about in terms of the service it might give others… I find out what the world needs, then I proceed to invent.”

Yet, most authors write about what they think is interesting and hope that other people find it interesting.

Before you write a single word, figure out:

The answers to these questions will help you write a book that people want to read. If it’s not marketable, it won’t sell. And if it doesn’t sell, what’s the point?

You ever notice how many people claim to be best-selling authors? Like, pretty much everyone who’s written a book, right? Doesn’t that seem fishy?

You only need to sell about 300 books to become an Amazon Best-Seller. If all of those sales come on the same day, you’ll be bumped to the top of your sub-sub-sub-sub-category. In turn, your book is a best-seller for a few hours.

Since people figured this out, they pre-sell their book on their site months before it’s launched. Then on launch day, they manually submit those orders to Amazon so it appears as though lots of people are buying it.

Not all Amazon Best Sellers do this, but many of them do. When someone claims to be a best selling author, ask them how long they were at the top of the list.

A few weeks ago I pitched a book idea to Mark Victor Hansen, who has sold over 500 million books, and he replied with, “Publishing is dead.”

For the first time in history, publishers need authors more than authors need publishers. That doesn’t mean publishers accept any dead-beat book off the street. It just means that if you’re a good writer, you have a better chance selling it yourself.

Instead of taking 10% royalties from the traditional publishing route, self-publish your book through a service like CreateSpace and pay someone to put your book on Kindle and iBooks.

According to Jenkins Group, a premier publishing firm, 70% of books don’t make a profit. When people joke about the cover designer making more than the author, it’s often the case.

There are lots of upfront costs with creating a book. Some of ours where:

#7 Nobody Gets Rich as an Author

If it’s not profitable, why do so many people write books?

Because being an author opens the door for other opportunities like speaking, training programs, and consulting. Plus, it makes your parents proud.

Now is the Time

If you’re an aspiring author, I want to encourage you to move forward with writing your book despite some of these stats. Working on that book with Nick was one of the most fulfilling projects I’ve ever been a part of.

Start with a blog. Then write a book for your audience. Sell the book on your blog. If it’s good, you’ll find other ways to sell it.

Read more: ‘How To Become a Best Selling Author’ »