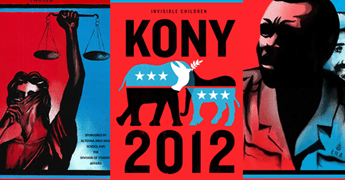 2012 is proving that viral videos can be much more than clips of cats, cute babies, and people hurting themselves in funny ways. They can launch companies and movements.

But while many websites try to manufacture viral videos to promote their business, nearly all fall short of their million-view expectations. It isn’t just a matter of luck: there’s a science behind social video marketing.

Below I take a look at the three biggest viral video sensations of 2012 (so far) and break down exactly how their view counts exploded.

A DRAMATIC SURPRISE ON A QUIET SQUARE

Somewhere in a little town in Belgium on a square where nothing really happens, we placed a button.

In order to help launch their television network in Belgium, TNT turned to the ad agency Duval Guillaume. Since TNT’s forte is drama, Duval Guillaume devised something dramatic for a YouTube video — and the resulting video shot to the top of the charts (14 million views in its first three days).

How “A DRAMATIC SURPRISE” Went Viral:

It Strikes Your Curiosity Early

Within the first ten seconds of the video, every person watching has a burning question on his or her mind: what happens when you press the button?

Nearly eight years of video content is uploaded to YouTube every day, so it’s absolutely essential that a video grab the viewer’s attention before they decide to watch something else.

The best part of “A DRAMATIC SURPRISE” isn’t the fast-paced stunt work. It’s watching the expressions on the faces of the normal, everyday citizens who just so happened to press the drama button. Watching them go from curiosity, to horror, and finally to delight is truly a sight to behold.

Having watched thousands of advertisements with paid actors and scripted dialogue, it’s refreshing when a video shows honest, unfiltered reactions. Of course, real-life footage is best when the reactions are to public shootouts and scantily clad women speeding by on motorcycles.

While TNT was just trying to target Belgium with “A DRAMATIC SURPRISE”, the appeal of the video is worldwide. Anybody can appreciate the wonder of watching extraordinary drama unfold in an otherwise very ordinary square. The language barrier is minimal, as no words are spoken throughout the entire sequence.

This universality means that the video has been viewed all over the world, becoming the day’s most watched YouTube videos in countries as diverse as South Korea, South Africa, and Sweden. The more global a video is, the better its potential to break out into the stratosphere of YouTube views. This is especially valuable for an international brand like TNT.

Just three weeks after the video’s release, we don’t know how effective this promotion has been in getting more subscribers to TNT’s Flemish channel. But with over 30 million views already, it’s safe to say the campaign has been a dramatic success.

DollarShaveClub.com – Our Blades Are F***ing Great

“Yes, I am a funny guy.”
Michael Durbin, Founder of DollarShaveClub.com

On March 6, 2012 a little-known startup called DollarShaveClub.com quietly uploaded a promotional video to YouTube. The short video starred the CEO and founder of the company, Michael Durbin, and cost about $4500 to produce.

Four days later, on March 10, the video had been viewed over two million times – and overnight it transformed DollarShaveClub.com from a struggling upstart into a profitable business.

Television commercials are usually 30 seconds long. YouTube videos can be as long as you want.

But longer isn’t always better – especially when it comes to viral marketing. In today’s fast-moving Internet landscape, five minutes seems like a long time to sit and watch a video.

DollarShaveClub.com got the length just right with their video. Clocking in at about a minute and a half, the video is short enough to be viewed casually but long enough to convey a complete message.

It Made People Laugh

People share funny stuff online because everybody likes to laugh. The funnier a video is, the more likely it will go viral. Another reason humor is important is because it contributes to trust and likeability, both huge factors in sales.

The Dollar Shave Club video is hilarious but – even more impressively – it manages to be hilarious while still delivering an effective sales pitch. Watch carefully and you’ll notice that in each joke Durbin is illustrating a feature, advantage, benefit, or overcoming a possible objection.

You might be wondering why a CEO like Michael Durbin is so funny. The answer is that he honed his comedic chops performing improv and sketch comedy with the Upright Citizens Brigade.

Michael Durbin probably “should have” made a more traditional, safe video for his beloved startup. Instead, he decided dance with a leaf blower next to a guy in a bear suit and a warehouse employee named Alejandro.

After watching the finished product, it’s obvious that Durbin made the right decision. But if he hadn’t been willing to risk making a fool of himself, you probably wouldn’t know what Dollar Shave Club was.

Within 24 hours of being posted, “DollarShaveClub.com – Our Blades Are F***ing Great” was the number one trending topic on Reddit.

That same day, the video was featured in articles on a host of sites, including TechCrunch and Mashable. The Mashable article, titled “Is This the Best Startup Launch Video Ever?”, has received over 7,000 combined Tweets and Likes.

It isn’t just a happy accident that the video got all of this attention. It’s simply the result of an original, hilarious, and otherwise remarkable video.

The day “DollarShaveClub.com – Our Blades are F***ing Great” was released, 5,000 people subscribed to get razors delivered to their door every month. That’s amazing. But it’s even more amazing when you know that the website was crashing all day long from too much traffic.

Today, the video has about 4.5 million views and Durbin is no longer revealing the number of people subscribed to his service (though we know it’s at least 12,000). Another video is planned for this Father’s Day.

Nothing is as powerful as an idea that’s time has come.

Invisible Children posted a video called “Kony 2012” on their YouTube channel on March 5, 2012 and in that moment the world of online video changed forever.

It Started with an Existing Community

It seemed like “Kony 2012” came out of nowhere. But like most “overnight successes”, the video’s popularity was actually years in the making. Director Jason Russell and Invisible Children had already strung together several successful Kony awareness campaigns. These included high schools assemblies, public demonstrations, and even the support of Oprah Winfrey.

So when the video launched, there was already a large and receptive community ready to watch it and click ‘share’. This is how “Kony 2012” got 66,000 views in its first day.

It Blew Up thanks to Tweeting Celebrities

“Kony 2012” took full advantage by encouraging viewers to reach out to 20 of the world’s most influential celebrities. This is what pushed the video over the edge: Rihanna, Justin Bieber, Kim Kardashian, and P Diddy all chimed on Twitter to support the #StopKony movement.

The biggest tweet came from Oprah Winfrey. On the day Oprah mentioned Kony to her 9.6 million Twitter followers, “Kony 2012” saw a 13,536% increase in views (about 9 million in total).

Once “Kony 2012” started rolling, there was no stopping it. Kony was averaging about 1.3 million mentions on Twitter per day. Meanwhile, his name was at the top of every Facebook feed on the planet.

This lead to so many views, that the international media started paying attention – and writing cover stories on increasingly viral video. Invisible Children had officially reached their goal of making “Kony world news.”

Below I’ll delve a little bit deeper into the exact methods that Jason Russell used to make “Kony 2012” one of the most persuasively potent short films of all time.

“Kony 2012” is about a complex geopolitical problem. If that’s the way the video were framed, it would never have gotten more than a few million views.

Instead, Jason Russell lets us into his life and family. He shows us videos from his personal Facebook timeline. Then, when it’s time to show the struggle of Ugandan children, he doesn’t tell you about all of children, but rather one kid: Jacob.

It’s only by telling personal stories that the audience is able to make a personal connection with the video.

It Pulls at Your Heart Strings

“Kony 2012” starts out with some emotionally-charged scenes, like a child being rescued from a cave and a deaf person hearing for the first time. But the video goes straight for the heart when it shows a teenaged Jacob sobbing and saying he would rather be dead than continue living under the oppression of the Joseph Kony and the LRA.

When people feel an emotional connection with your video, they’re more likely to put their guard down and just listen. More importantly, the deeper connection they feel with the message will compel them to take action.

It Creates a Sense of Urgency

Once uploaded, a YouTube video is there forever. So, why does Jason Russell claim that the Kony 2012 video will “expire” on December 31st 2012?

Any salesperson could tell you: people respond to deadlines. Invisible Children planted a seed of urgency in the mind of their viewer so they would be more likely to act immediately.

Trust is hard to come by online, but it’s also essential if you want people to sit through a 30 minute video (and then share it at the end). Since people are socialized to trust authority, one way to help convince people to trust you is to establish yourself as an authority or borrow the authority of others.

“Kony 2012” does just that by panning over official documents and interviewing authoritative experts on the Joseph Kony (including the head prosecutor for the International Criminal Court and a several Ugandan politicians).

People trust other people more than they trust companies, organizations, and YouTube videos.

That’s why “Kony 2012” features so many shots of crowds of young people wearing their shirts and shouting their slogans. There’s also a brief clip where they show the 600,000+ fans that the movement had on Facebook.

The video also encourages viewers to order an “Action Pack” which includes two bracelets – one for the viewer and one for a friend. The extra bracelet gives everybody who orders the action pack an incentive to bring another person into the movement, thus doubling its effectiveness and encouraging all-important word of mouth.

If Provides a Clear Call to Action

Uncertainty usually leads to inaction. That’s why the last thirty seconds of “Kony 2012” give the viewer “three things you can do right now.”

The end of a video is the best time to let the audience know exactly what you want them to do.

As of April 13, 2012, “Kony 2012” had surpassed 180 million views (including views on social networking sites) and garnered at least 3.6 million pledges to Invisible Children’s Kony 2012 campaign. The Invisible Children Facebook page has gone from a few hundred thousand likes to a few million.

On the other hand, the public’s enthusiasm for the cause has been largely short-lived and the campaign has met with a great deal of controversy (many argue that simply drawing attention to Joseph Kony actually hurts the cause).

Whatever your opinion, there’s no doubt that “Kony 2012” has set a new benchmark for what a viral YouTube video is capable of accomplishing.

What are the Common Threads?

At first glance, these three videos couldn’t be more different from one another. One is dramatic hidden camera footage. One’s a series of punch lines. And one is a 30 minute film dedicated to the capture of an international criminal.

But underneath the surface, the three videos share strong commonalities. They’re all engaging from start to finish. They’ve all got that a professional polish. Most of all, they’re all something that people can get behind, talk about, and share with one another.

After watching these three remarkable viral videos what common threads stand out to you?